Given two integers N and Hthe task is to find the count of distinct Binary Search Trees consisting of N nodes where the maximum depth or height of the tree is equal to H.

Note: The height of BST with only the root node is 0. 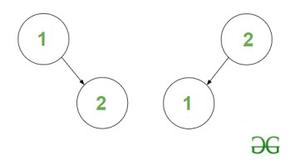 Naive Approach: The problem can be solved using Recursion which can be memoized to obtain a Dynamic Programming solution based on the following idea:

The problem can be efficiently solved by finding the count of BST’s having maximum depth upto H (ie, [0 – H]) instead of exactly H. 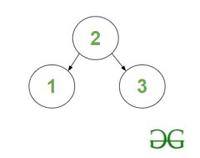 Follow the steps mentioned below to solve the problem.

Efficient Approach: The above approach can be optimized by using Dynamic Programming because the above problem has Overlapping subproblems and an Optimal substructure. The subproblems can be stored in dp[][] table memoization where dp[N][H] stores the count of BST of maximum depth up to H consisting of N nodes. Follow the steps below to solve the problem:

Below is the implementation of the above approach :