Due to Google’s unwave support and developer’s confidence in the language, crossplatform app development is becoming a primary approach by all top mobile app development companies today.

Let’s start with the basics.

What Is Flutter App Development?

Flutter is a single codebase tech that was introduced to create multiple apps for desktop, web, and mobile platforms. The framework has been developed by Google and is a complete SDK as compared to its competitors. And apart from the fact that it made it to the market way later than its competitor React Native.

But how is this budget-friendly? A common question from almost all clients. Well, firstly because it allows you to create two apps using a single codebase which saves a lot of time and hard work that comes with writing dual code for different platforms. Many IT experts coin Flutter as the future of cross-platform app development.

One shouldn’t consider Flutter as a library of frameworks but rather a software development kit (SDK). Flutter accelerates the app development process while offering other benefits like cost-effectiveness, stellar performance, and more. Let’s learn some of the prominent reasons why one should choose Flutter over other frameworks. 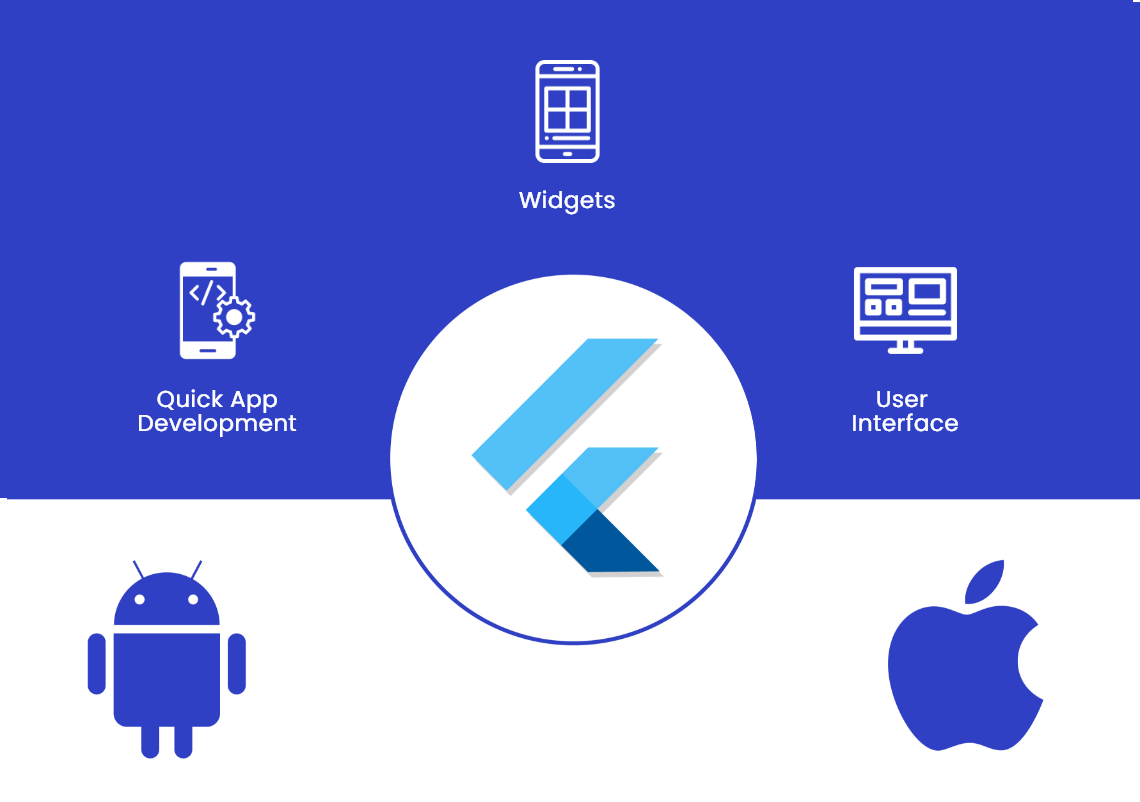 The framework fosters fast app development primarily as it uses the ‘hot reload’ feature. Due to this, modifications in the code normally take a few milliseconds to reflect and allow developers to build apps at a quick pace.

Flutter has an extensive library from where one can choose their desired widgets and modify them to create similar apps for both iOS and Android. You can create similar app versions as the widgets look and feel the same across different platforms.

As per a report from Statista, the second most popular framework among developers is Flutter. If you observe the percentage, Flutter’s popularity has climbed from 30% to 39% while that of React Native is stagnant at 42%.

Flutter had a much later market release when compared to React Native, yet the framework has 122k stars on GitHub as compared to 96.1k stars on React Native. Following the late release, the platform made it to the market in December 2018 but had 2 million users by April 2020.

68.8% of developers prefer developing mobile apps using Flutter and plan to continue with the same says a StackOverflow survey.

Features are a vital part of any app. There can be an ‘n’ number of features that can add to the functionality of your app. But the real challenge is to narrow down on the most essential ones that would be major contributors to your app development cost.

Here are some provisions that have become a fundamental part of an application:

An app’s costing is also dependent on its intricacy. The level of intricacy that you inculcate is directly proportional to its cost. They are classified into 3 types ie, low, medium, and highly intricate applications. Intricate apps can affect your mobile app development cost.

Low intricacy apps can be developed easily, medium ones take a little more effort while highly intricate apps consume the most time, resources, and money. For instance, developing a fully-functional eCommerce app is costlier than creating a fairly simple calculator or calendar app.

The intricacy of apps depends on the following inclusions within your app:

Design is the way your app works and not just how it looks and feels. A simplistic design can instantly attract your clients. Intuitive design helps a client find whatever they’re looking for without making too much of an effort.

The design of your app should be in congruence with your client’s expectations. A traditional list of design developments include:

You should include server space expense in your assessment if your app requires managing client information. If you do not choose wisely, a server can at times get overwhelmed with the traffic excess and hamper your app’s performance.

In addition to this, inconsistent servers will come in the way of your app’s user experience and prove to be a potential hazard for your client retention. Hence, it’s advised to opt for a trustworthy server supplier such as Amazon EC2. An everyday use server, that has an 8-core CPU and 32 GB RAM that would cost you around 1650 USD/year.

This is a major factor when calculating the cost of an app. A basic app would be easy to create while an enterprise-level app would require extensive planning. Along with this, one also has to seek assistance from a top app development company to hire proficient developers with ample expertise and experience.

Predicting an app development cost is a variable process and would require analysis of the entire scope of your project. Another important aspect would be the app development region you choose. The hourly development in the US can be somewhere between 150 USD – 250 USD while the same in India can range between 30 USD – 70 USD. A tentative price for developing a Flutter app in India starts from 5,000 USD.

Are you planning to develop an app with Flutter? What are your thoughts on this cross-platform app development platform? Share your view with us in the comment section.

Thank you for reading.