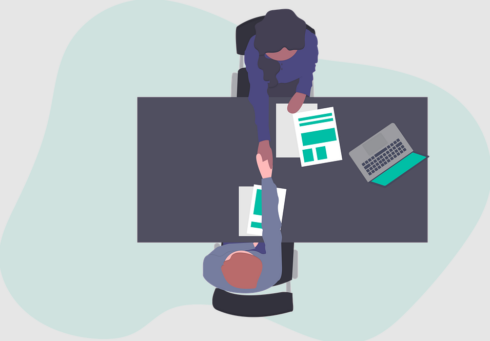 The world has gone through a lot of changes over the past two years, and the technical interview process is just another thing that had to change due to COVID-19. Rather than going into an office and doing a whiteboard interview where you are literally writing code, companies had to shift tactics to be able to accommodate the settings available to them.

Now it’s becoming more common for companies to offer a take-home coding problem instead or to talk through a coding challenge rather than drawing it out on a whiteboard. Even as companies have brought workers back into the office, at least partially, some companies have kept these new practices.

Whiteboard interviews are often criticized because they don’t exactly replicate the process of coding, and the problems given aren’t always indicative of the problems a person would experience day-to-day on the job.

A developer can be a great developer and take advantage of things like IDE autocomplete suggestions or the ability to look things up. Plus, there is some element of muscle memory when typing versus when writing something out by hand. So switching to a take-home challenge, where a candidate might even get to work in the environment their team uses, can allow them to better show off their skills.

According to Kavitha Mariappan, EVP of customer experience and transformation at Zscaler, the take-home problems have been beneficial because it really allows the candidate to be thoughtful about their answers, take the time they need, and make use of supplementary information.

However, one negative of these is that not everyone has the same resources at home to be able to complete these tests, and that should always be considered.

For example, not everyone will have a laptop at home, great internet, or access to certain tools on their computer. Suddenly, someone who would have performed well in an in-person interview is at a disadvantage, she explained.

This doesn’t mean the take-home challenges are inherently bad, just that companies need to be thoughtful about it. For example, if a candidate doesn’t have a laptop, the company could provide them one.

Jeffrey Spector takes issue with the take-home challenges because they shift more of the burden on the interviewing process onto the candidate. Spector is the co-founder and president of a company called Karatwhich provides interviewing services to companies so that they can outsource their interviewing process to actual engineers.

“A lot of them, depending on their home situation – especially in the pandemic – may not have the time and space to spend a lot of time on it. And so you’re kind of favoring the people who maybe just don’t have kids or, or have more space to do that,” he said.

Human-to-human interaction also gets missed during these take-home problems. Solving a coding challenge solo is not really reflective of working on a team where developers can help each other out when running into problems, Spector explained.

“If you’re headed down the wrong path, someone can point it out and say, “How are you thinking about this here? And why did you make that choice? Have you thought about it like this?’ And then you take that input. And can you adapt,” he said. According to Spector, roughly 40% of the people Karat interviews that end up getting offers needed some sort of hand holding or hints along the way.

Another positive change brought about by remote interviews is that for some people it takes the pressure off of interviewing.

“It has helped people who usually are not very confident and who usually don’t have a say, feel like they can have a say because it’s their turn on a Zoom meeting to speak,” said Mariappan. “Rather than in a room where who speaks in the loudest voice is the one that’s usually kind of, you know, fairly audible.”

Another way companies can take the pressure off during interviews is by offering the opportunity for a redo.

According to Spector, it’s equally cost effective to interview the same person again than it is to interview a new candidate. And it disproportionately benefits underrepresented minorities who might be less familiar with the interviewing process, Spector explained.

“If in your first interview, you feel like you could have done better, but it wasn’t your best showing, we will just interview you with a different interviewer and a different question. And what we found is that it reduces the stress in the initial interview, because you know you can take another one, so you get a true performance.”

In addition to moving away from whiteboard interviews, another positive change has been that companies are being a bit more intentional when it comes to diversity and inclusion in the hiring process overall. According to Mariappan, inclusive hiring starts at the beginning of the process, with the writing of the job description. She emphasized the importance of using inclusive language in these descriptions.

“I think tech companies have been fairly myopic in terms of how they’ve written these job descriptions, very prescriptive. And so I think that needs to change. There is so much work being done right now in terms of addressing the unconscious bias in language and job interviews.”

She also added that it’s important to understand what the first step in the funnel is. In other words, what is the first experience someone has entering the hiring process? If it’s a recruiter, then perhaps coaching the recruiter on the criteria required for the job is needed.

Another important consideration is that the interview panel is diverse. She believes companies lately may be neglecting this just because it’s been so difficult to hire people.

“We’re trying to fill so many roles right now, and just finding qualified candidates are super tough because everyone’s vying for that very limited talent pool. And so companies are putting people through that process pretty quickly, but I think in the process we need to step back and question, what are we leaving on the table?”

Having a diverse group of people on the hiring panel is important if your company is looking to attract a diverse group of people. For example, if everyone on the interview panel is a white male, then people might self-select themselves out of the process, Mariappan explained. Even if a person is really qualified, they might see this and question whether this is a place they’d want to work.

It’s also important to follow through on this commitment to diversity after the hiring process. It cannot just be about hiring people from underrepresented groups and then leaving it at that.

Companies should be authentic and genuine when it comes to their commitments to diversity and inclusion, Mariappan said. For example, something that happens a lot is that companies will have statements on their website or in their marketing materials which don’t match what’s actually happening in the company.

“You get all these like stock images on your website and cool videos, and then they show up and it’s like, I see all men and I don’t see any women when I show up to work, and this is not a diverse workforce … When you don’t have a diverse workforce, then your ideas are not welcome,” Mariappan said.