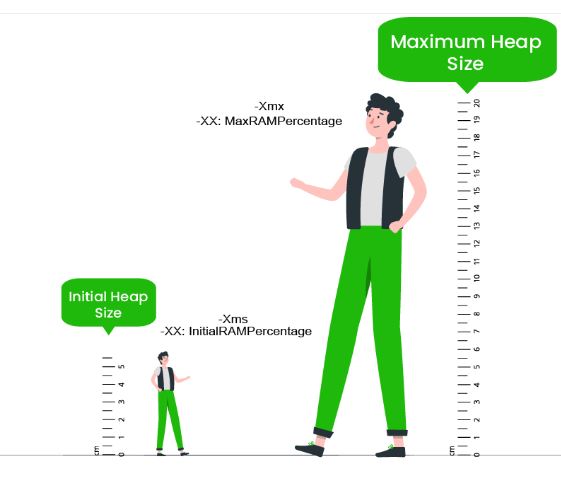 Suppose while your application’s memory consumption is in the process of growing from 2GB to 24GB, at that time, say some other process(es) gets launched in your device and it starts to consume memory. This situation is quite common in production/cloud environments, especially where your application runs with a few other neighbors (such as custom scripts, cron jobs, monitoring agents, etc.).

When this situation happens, your application will either experience:

Here is a real-world case study: We used a memory-intensive application (HeapHero) for our study. This application processes very large size binary heap dump files and generates analytics reports. In this HeapHero application, we repeatedly analyzed an 11GB binary file, so that it would put memory pressure on the operating system.

Memory Allocation and Deallocation From OS

When you have set the different sizes for the initial and maximum heap size, then the JVM will have to negotiate with the Operating System to allocate memory when there is a need. Similarly, when an application’s demand for memory goes down at the run time, Operating System will take away the assigned memory. This constant allocation and deallocation will add overhead to the application. 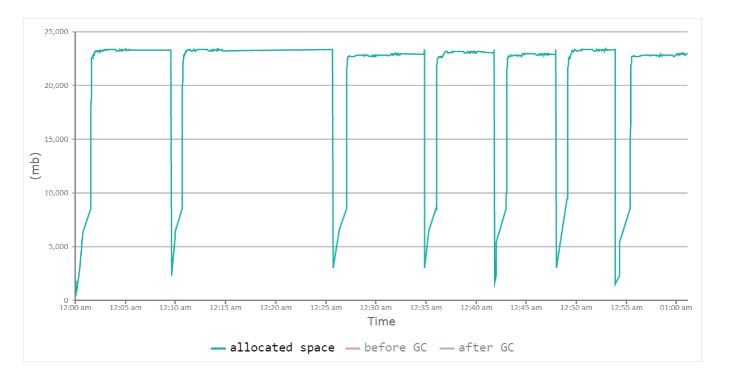 The above graph shows Scenario 1 JVM’s allocated and deallocated memory. From the graph, you can notice that memory is constantly fluctuating. You can see heap size fluctuating between 2GB to 24GB. When the application processes heap dump, memory shoots up to 24GB. After processing, memory drops back to 2GB. Once again when it processes a new heap dump, memory shoots back to 24GB.

The above graph shows Scenario 2 JVM’s assigned memory during its lifetime. You can see that there is no fluctuation. Memory is reserved from the operating system during the startup time and from that point, there is no fluctuation. It always remains at 24GB regardless of the activity in the application. This behavior has the potential to boost the application’s performance to a certain degree.

If you would like to see the detailed metrics of the Garbage collection behavior between these two scenarios, you can refer to the reports here: Scenario 1 GC report, Scenario 2 GC report.

Your application’s startup time will also be better if you set the initial heap size to be the same as the maximum heap size. Below is the excerpt from the Oracle documentation:

“If the initial heap is too small, the Java application startup becomes slow as the JVM is forced to perform garbage collection frequently until the heap grows to a more reasonable size. For optimal startup performance, set the initial heap size to be the same as the maximum heap size.”