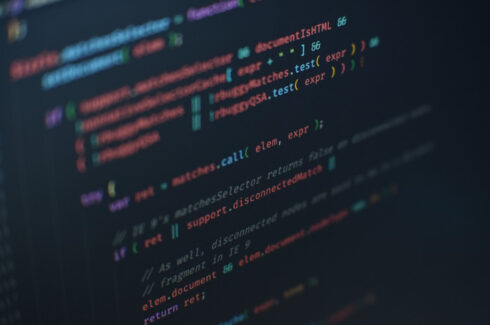 Building software, systems, and platforms is complex. With myriad choices and various paradigms and technologies to adopt, engineers have unrelenting (and critical) decisions to seat through. An large part of the learning curve for any developer is navigating the organizational tooling and processes to get their ideas into the hands of users, and much of that tooling is often outside their expertise. For example, with so many items left, infrastructure and non-functional requirements, as concerns, are such being shifted to the developer.

To combat this and to embrace a model where developers can focus on features (eg the Spotify Squad/Guild model), platform engineering is key, and internal developer platforms have become more popular. An IDP is the platform, or platforms, that engineers interact with to abstract delivery and infrastructure complexities. But IDPs are not without their own complexities, and it’s important to understand where things can go awry before jumping in.

One – You Will Always Build/Deploy Successfully

A common pitfall in any system development is building for the happy path. Because software requires innovation and iteration, builds and deployments will fail – and a failure and recovery path needs to be accounted for.

Two – Your Administrators Will Stay

People never stay in the same position forever. Deep expertise in bespoke deployments is at risk when those with tribal knowledge move on. This also causes a steeper learning curve for those who are onboard as platform administrators or onboard their application to the IDP.

Application deployment is the culmination of potentially multiple teams and their respective services. There are several approaches to deployment, but because of variations in the scope of changes, rarely are two changes exactly the same. Modern deployments take into consideration infrastructure (eg being ‘infrastructure’), and the rapid advancement awareness of IaC (infrastructure-as-code) continues to add to the heterogeneous nature of today’s (and tomorrow’s) deployments.

There is an adage that supporting your internal customers will benefit your external customers. However, leveraging a provided IDP comes with costs not only to build and support but also for teams needing to adopt the platform – and especially so if the platform is bespoke to a team or organization.

The only constant in technology is that there will be change. New paradigms are constantly appearing, and approaches and practices are evolving. Looking at the accelerating adoption of Kubernetes within enterprises, organizations need to continuously learn more granularity and nuances about the platform.

The challenge with balancing self-service, abstraction, and capabilities is that no two users have the same skillset. For example, with shifting items left (like service mesh technology shifting networking concepts to developers), the assumption that every developer is an expert in networking is just false. Having to build for varying skills and opinions is a challenge.

Seven – There Will Only Be One Syntax

When marching towards production, IDPs have elevated privileges to execute tasks. Like any system that has the ability to make an impacting change, good rigor is required. Perimeter control (eg if you can access a Pipeline, you could execute) is not an adequate control. Auditability and RBAC controls are necessary.

Creating an internal developer platform is an evolutionary journey that many organizations are embarking upon upon. But as more organizations embrace IDPs, being aware of the fallacies helps those make more robust systems and practices.