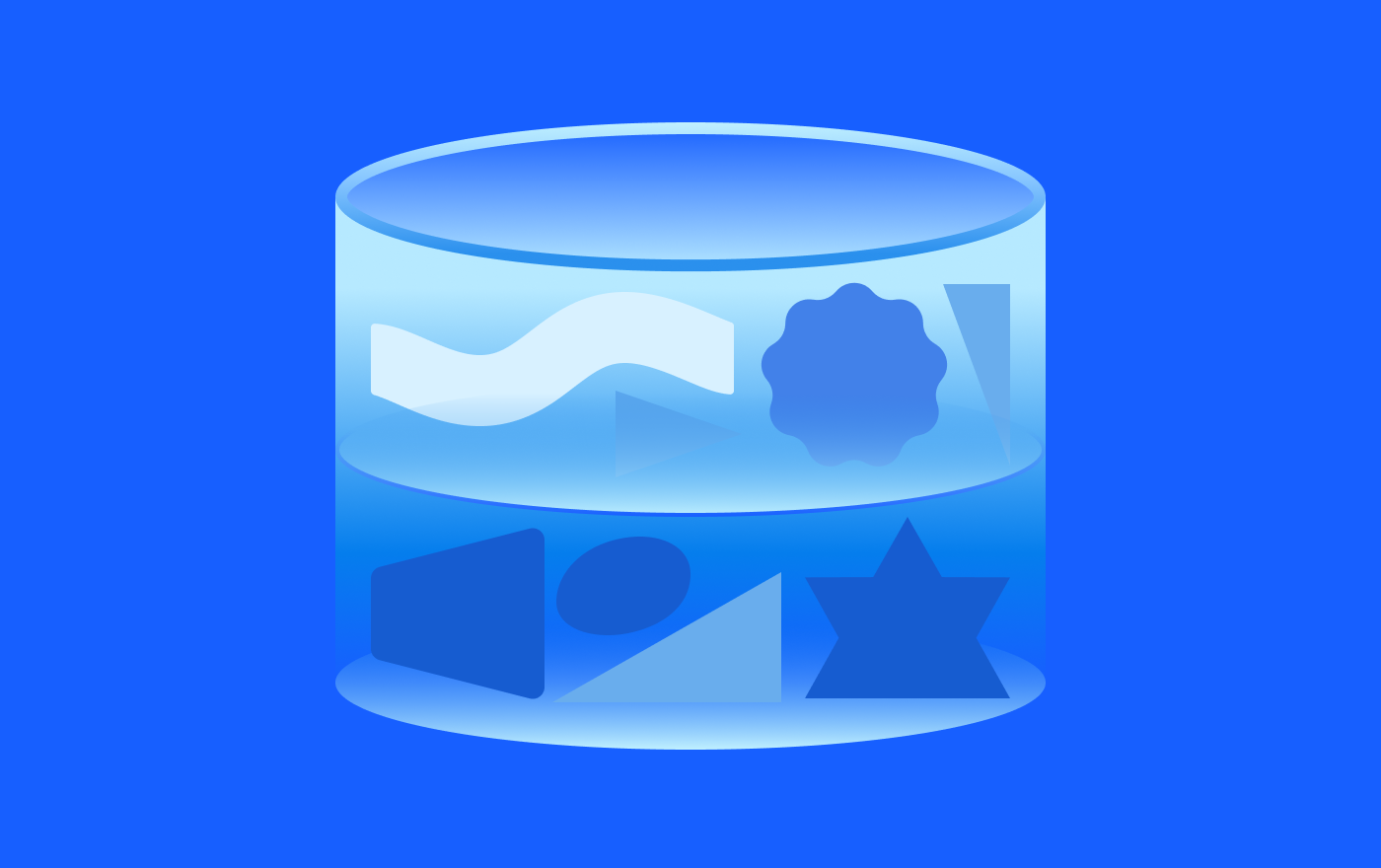 In this introductory article, we’ll introduce concepts related to the vector database, a new type of technology designed to store, manage, and search embedding vectors. Vector databases are being used in an extensive number of applications, including but not limited to image search, recommender system, text understanding, video summarization, drug discovery, stock market analysis, and much more.

Relational Is Not Enough

Data is everywhere. In the early days of the internet, data was mostly structured, and could easily be stored and managed in relational databases. Take, for example, a book database: 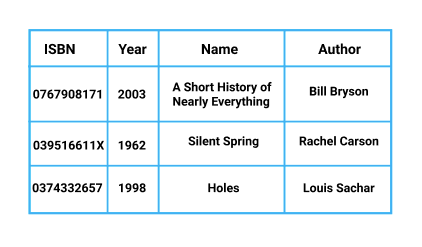 Storing and searching across table-based data such as the one shown above is exactly what relational databases were designed to do. In the example above, each row within the database represents a particular book, while the columns correspond to a particular category of information. When a user looks up a book(s) through an online service, they can do so through any of the column names present within the database. For example, querying overall results where the author name is Bill Bryson returns all of Bryson’s books.

As the internet grew and evolved, unstructured data (magazine articles, shared photos, short videos, etc.) became more common. Unlike structured data, there is no easy way to store the contents of unstructured data within a relational database. Imagine, for example, trying to search for similar shoes given a collection of shoe pictures from various angles; This would be impossible in a relational database since understanding shoe style, size, color, etc., purely from the image’s raw pixel values ​​is impossible.

This brings us to vector databases. The increasing ubiquity of unstructured data has led to a steady rise in the use of machine learning models trained to understand such data. Word2vec, a natural language processing (NLP) algorithm which uses a neural network to learn word associations, is a well-known early example of this. The word2vec model is capable of turning single words (in a variety of languages, not just English) into a list of floating-point values, or vectors. Due to the way the machine learning model is trained, vectors that are close to each other represent words that are similar to each other, hence the term embedding vectors. We’ll get into a bit more detail (with code!) in the next section.

The idea of ​​turning a piece of unstructured data into a list of numerical values ​​is nothing new*. As deep learning gained steam in both academic and industry circles, new ways to represent text, audio, and images came to be. A common component of all these representations is their use of embedding vectors generated by trained deep neural networks. Going back to the example of word2vec, we can see that the generated embeddings contain significant semantic information.

*Early computer vision and image processing relied on local feature descriptors to turn an image into a “bag” of embedding vectors – one vector for each detected keypoint. SIFT, SURFand ORB are three well-known feature descriptors you may have heard of. These feature descriptors, while useful for matching images with one another, proved to be a fairly poor way to represent audio (via spectrograms) and images.

Example: Apple, the Company, the Fruit, … Or Both?

The word “apple” can refer to both the company as well as the delicious red fruit. In this example, we can see that Word2Vec retains both meanings.

While there are newer and better deep learning algorithms/models for generating word embeddings (ELMo, GPT-2, and BERT, to name a few), the concept remains the same.

Vectors generated from multilayer neural networks have enough high-level information to be applicable for a variety of tasks.

Vector embeddings are not just limited to natural language. In the example below, we use the towhee library to generate embedding vectors for three different images, two of which have similar content:

Now let’s use twohee to generate embeddings for our images.

Now that we’ve seen the representational power of vector embeddings, let’s take a bit of time to briefly discuss indexing the vectors. Like relational databases, vector databases need to be searchable in order to be truly useful: just storing the vector and its associated metadata is not enough. This is called nearest neighbor search, or NN search for short, and alone can be considered a subfield of machine learning and pattern recognition due to the sheer number of solutions proposed.

Vector search is generally split into two components: the similarity metric and the index. The similarity metric defines how the distance between two vectors is evaluated, while the index is a data structure that facilitates the search process. Similarity metrics are fairly straightforward: the most common similarity metric is the inverse of the L2 norm (also known as Euclidean distance). On the other hand, a diverse set of indices exist, each of which has its own set of advantages and disadvantages. We won’t go into the details of vector indices here (that’s a topic for another article). Just know that, without them, a single query vector would need to be compared with all other vectors in the database, making the query process excruciatingly long.

Putting It All Together

Now that we understand the representational power of embedding vectors and have a good general overview of how vector search works, it’s now time to put the two concepts together. Welcome to the world of vector databases. Vector databases are purpose-built to store, index, and query across embedding vectors generated by passing unstructured data through machine learning models.

When scaling to huge numbers of vector embeddings, searching across embedding vectors (even with indices) can be prohibitively expensive. Despite this, the best and most advanced vector databases will allow you to insert and search across millions or even billions of target vectors, in addition to specifying an indexing algorithm and similarity metric of your choosing.

Like the production-ready relational databases, vector databases should meet a few key performance targets before they can be in actual production environments:

With data being generated at rates, making sense of all the data through vector databases will become increasingly important.

The World’s Most Advanced Vector Database

Milvus, an open-source vector database, is a leader in this space. Milvus provides a number of demos that you can use to evaluate the capabilities and uses cases of vector databases. With the release of Milvus 2.0 GA, Milvus is now a cloud-native, fault-tolerant system capable of scaling to billions of vectors beyond. Setup is done via a simple docker command, while inserts and queries across Milvus can be done via our Python, Go, Node.js, or Java bindings. For more information, visit milvus.io.

We hope the information in this post is useful for you. We’ll keep the posts coming on a regular basis, so feel free to come back for more material on vector databases, unstructured data, or AI/ML in general.