OAuth2.0/OpenID connect is considered the fastest-growing protocol used by many application developers for access delegation and single-sign-on. This is due to its flexibility and high security compared to other protocols in the market. In contrast, the world is full of hackers who are desperately looking for flaws that you make when developing an application. Single page applications or public clients which do not use MTLS secure transport layers are considered to be the most vulnerable source of an attack.

Despite the application type, the standard OAuth2.0/OpenID connect flow is similar to the below diagram (Figure 2). There are three actors involved: Client, Resource Server, and Authorization Server. The client will initiate the authorization request. Upon user authentication, the authorization server will issue an access token and refresh token for the user with an expiry time. Then, the client can use these tokens to access the protected resource from the resource server. 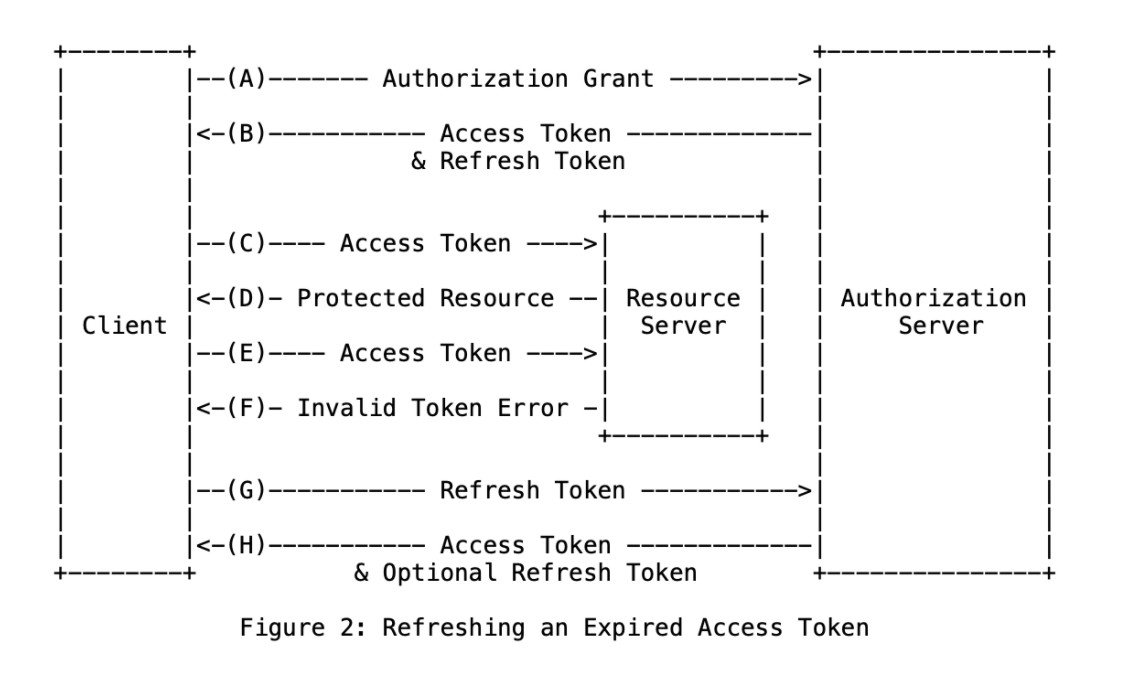 At any point of this request flow, there is no way of validating the owner of the tokens and the user who requests resources. Considering all these concerns, the IETF has introduced DPoP as a demonstration of proof-of-possession, which is another mechanism that can be used when MTLS is not possible to use. DPoP is with used to detect replay attacks access and refresh tokens. This new specification is still in the internet-draft stage(5th version). 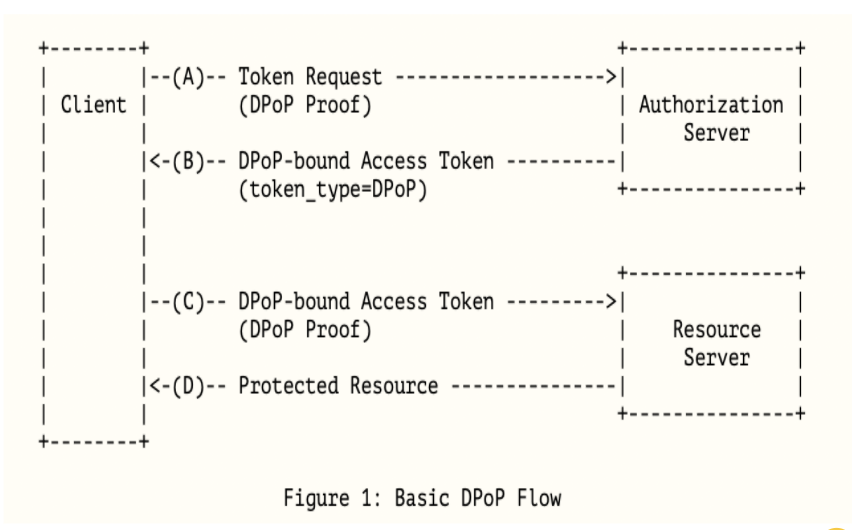 There is not much difference to the standard OAuth2.0 flow when you use DPoP. A DPoP which is a JWT proof will be sent as the header in the token request flow and the authorization server will issue an access token of token_type=DPoP that is bound to the public key thumbprint of the DPoP proof. Similarly, another DPoP will be generated with the same keys and used when calling the API with an access token to access the protected resource. 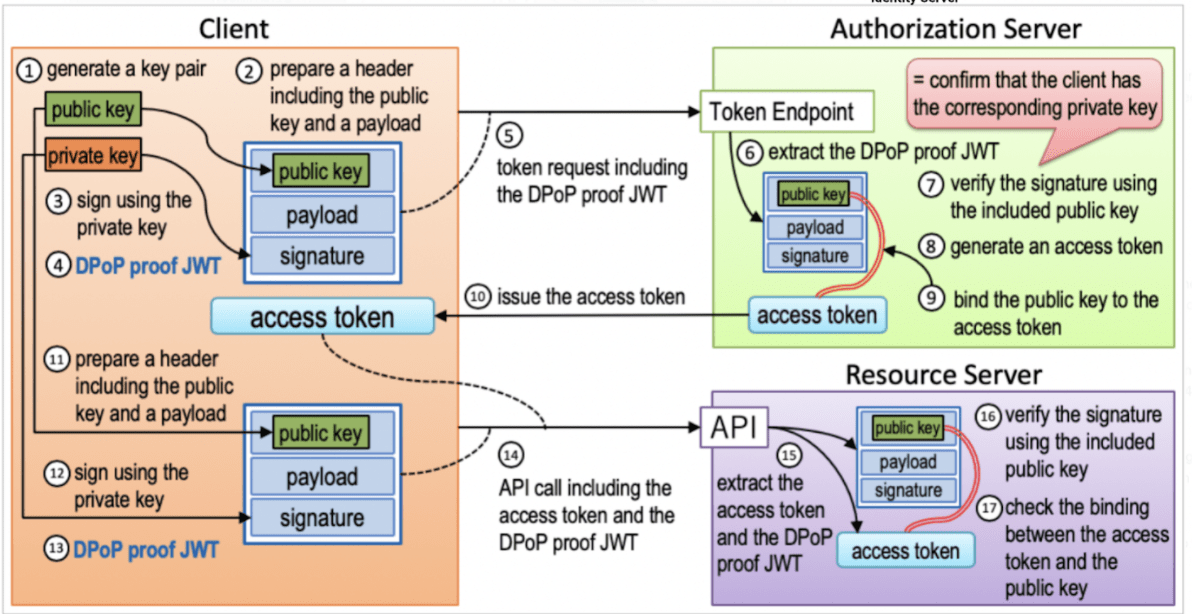 DPoP is a JWT that sends as a header in the Request. This JWT is of the type dpop + jwt which tells that this is a DPoP proof with a limited expiration time. 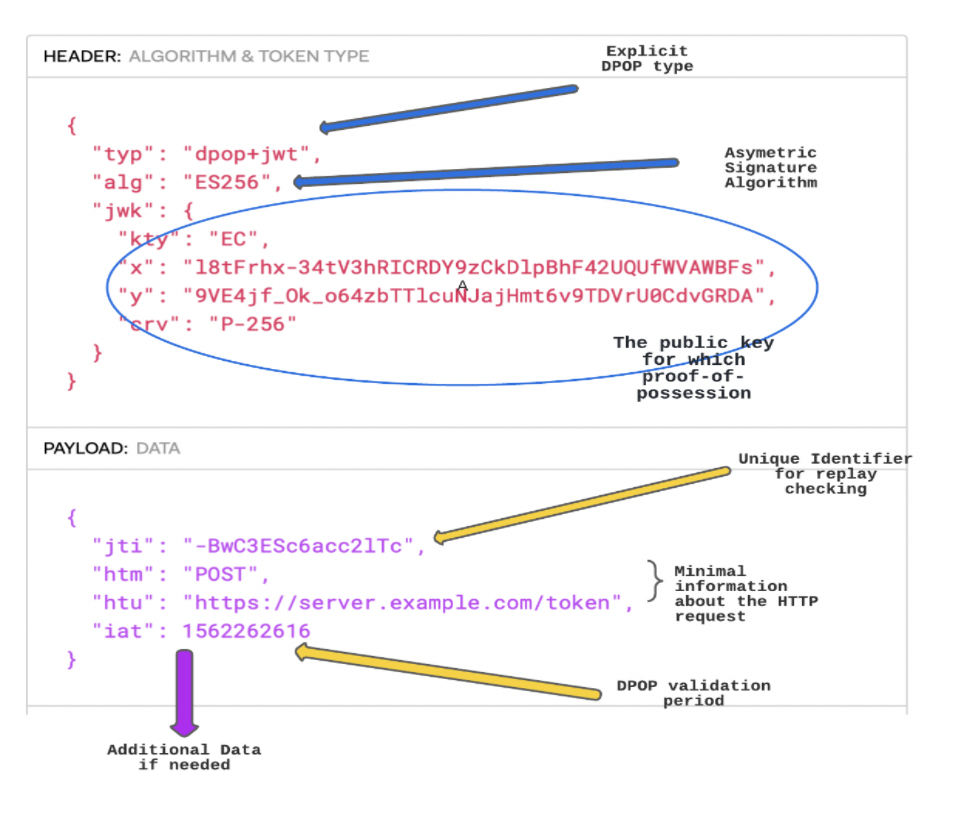 The header part of the JWT contains the JWT type and the algorithm (alg), which is used to encrypt or sign the JWT. This SHOULD NOT be NONE or Symmetric algorithm and the public key of the public-private key pair generated for the client.

The payload part of the DPoP contains the claims that need to be validated after the signature validation of the JWT.

htm and htu values ​​of the DPoP should be validated to make sure the DPoP proof is not stolen or that it is not a replay attack.

You also can add many more claims to the payload if needed.

Requests and Response Formats With DPoP

The typical token request will contain a DPoP header with the DPoP proof.

The API call will have an additional DPoP header with the DPoP proof, and will be in the authorization header before the access token DPoP name should be mentioned as shown above.

How Does DPoP Work With the WSO2 Identity Server?

Once the server has started, you can go to your OAuth2.0/OpenID Connect service provider that configured and enabled DPoP to your application.

Now you can try out the token request flows with DPoP. This ReadMe will give you more information on the configurations of the DPoP extension.

Hope you enjoyed the WSO2 Identity Server’s new feature, DPoP, which is designed as a security mechanism for public clients who are unable to use MTLS!

Thank you for reading!

No comments to show.
We use cookies to ensure that we give you the best experience on our website. If you continue to use this site we will assume that you are happy with it.Ok