Remote Procedure Call (RPC) is a communication technology that is used by one program to make a request to another program for utilizing its service on a network without even knowing the network’s details. A function call or a subroutine call are other terms for a procedure call.

It is based on the client-server concept. The client is the program that makes the request, and the server is the program that gives the service. An RPC, like a local procedure call, is based on the synchronous operation that requires the requesting application to be stopped until the remote process returns its results. Multiple RPCs can be executed concurrently by utilizing lightweight processes or threads that share the same address space. Remote Procedure Call program as often as possible uses the Interface Definition Language (IDL), a determination language for describing a computer program component’s Application Programming Interface (API). In this circumstance, IDL acts as an interface between machines at either end of the connection, which may be running different operating systems and programming languages. 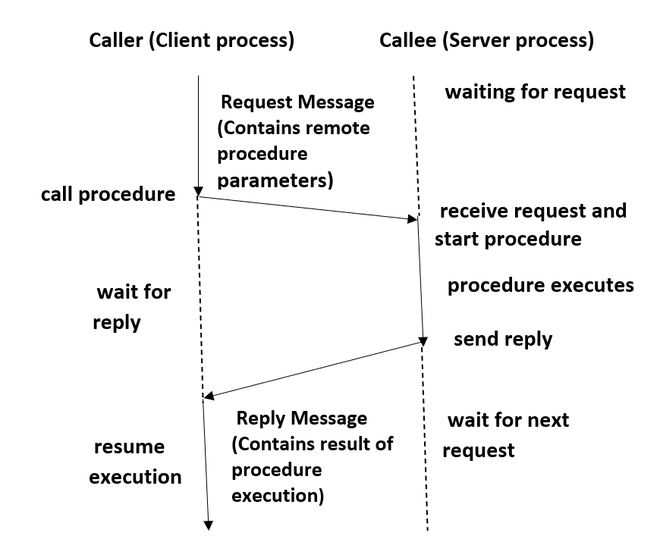 Callback RPC: In a Callback RPC, a P2P (Peer-to-Peer) paradigm opts between participating processes. In this way, a process provides both client and server functions which are quite helpful. Callback RPC’s features include:

RPC for Broadcast: A client’s request that is broadcast all through the network and handled by all servers that possess the method for handling that request is known as a broadcast RPC. Broadcast RPC’s features include:

Batch-mode RPC: Batch-mode RPC enables the client to line and separate RPC inquiries in a transmission buffer before sending them to the server in a single batch over the network. Batch-mode RPC’s features include: