Distributed cloud applications (aka microservices) have introduced an enormous amount of complexity into the design and operation of cloud software. What used to manifest itself as complexity hidden within a single process or runtime now finds itself spread across tens or hundreds of loosely coupled services. While all of these services can use different languages ​​and can scale independently from one another, the distributed nature can often make the app as a whole hard to navigate, hard to deploy, and hard secure.

This new complexity makes it difficult to manage and contribute to cloud-native applications and beckons questions as to how we can maintain healthy cloud software. How can we take advantage of the benefits of service-oriented design without introducing friction and cost elsewhere?

Fortunately, we’ve run into this problem before. Microservices aren’t the first pattern that has forced developers to figure out how to contribute and contribute to endless webs of interconnected components. For the last few decades, the solution has been the same: dependency management.

We use dependency managers every day to re-use public and private software packages, build upon the work of others, and gracefully encapsulate the details of our own work into consumable formats. There are a number of reasons why dependency management is the key to unlocking the power of distributed software, and it’s high time we learn from the past to power the future of cloud-native development.

One of the most important functions of dependency managers like NPM, Pip, Maven, and others is to broker collaboration amongst developers. By providing a consistent packaging mechanic that seamlessly enables code to be extended, dependency managers have enabled otherwise unrelated teams to consume each other’s work. While these tools can be used within the walls of enterprises to enable teams to publish and collaborate on their work, we’ve seen dependency managers used at a much grander scale to broker collaboration within the open-source community. The consistency of the tooling and width of adoption has enabled the creation of enormously powerful and freely accessible libraries for all to use and continue to build upon.

While this level of collaboration has been realized within the communities for individual languages ​​(NPM for JavaScript, Pip for Python, and so on), it has yet to be fully realized within the cloud-native community. We, fortunately, have Docker to create consistency in how cloud services are packaged, but containers don’t have enough information about the relationships between services to resolve and extend dependencies. Adding proper dependency management to index and resolve relationships to peer apps and services is critical if we want to realize for microservices what others already do with libraries in individual languages.

The collaborative effects of dependency managers don’t happen by magic. The main reason dependency resolvers are so consistent powerful is because developers all around the world are able to reproduce their effects using the same commands and processes. Reproducibility is a key element of dependency managers. Without it, no one would be able to download and operate libraries and packages created by others without complex, custom bootstrapping logic ⁠— the creation of which would be an enormous barrier to adoption and distribution.

Service-oriented applications are no different from language-specific libraries in this regard. Our ability to extend the work of others is predicated on our ability to run or otherwise access the services and applications. We hope to make calls to. Teams have been able to make due by operating centralized QA or sandbox environments, but the inability to reproduce these environments creates a new set of problems. Engineers can’t operate their own development environments, services that depend on others can’t be easily shipped, developers are forced to write their own scripts to run their app locally and remotely, and every team needs to about production-grade tools, networking , and network security. By leveraging a consistent, dependency management solution, teams need only to assert the network dependencies for their services to give everyone in the org a consistent way to spin up services in their stack along with its dependencies — allowing everyone to operate their own environments.

The self-service benefits of consistent dependency management don’t just mean that developers can operate their own environments. It also means that environments can be provisioned and torn down through automation. The consistency of a single command or process to resolve dependencies, enrich networking, and automate security is the perfect recipe for integration into CI/CD pipelines!

If every service can be run consistently (eg, with container platforms) and is of its own dependencies, aware new environments can be provisioned for each merge request and changes can be seamlessly promoted into staging and production when merged into relevant branches. This means that every team can achieve scalable GitOps for every developer and every new service added to the application.

One of the risks introduced by microservice architectures is the need for each service to expose APIs that broker access to their functionality. Since these services live as separate processes, communication over a network is one of the only ways for them to connect to each other and receive requests for processing. This means that each new service exposes an interface that can be accessed by others, and if developers aren’t careful, they can accidentally expose it to the wrong parties. 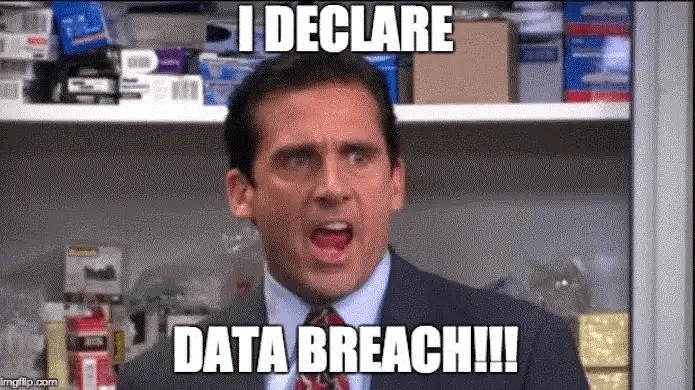 Preventing the accidental exposure of network interfaces is yet another area where dependency management can provide support. With developers providing a structured index of their own service’s network dependencies, not only can we automatically resolve those dependencies, but we can also enrich the environment with the corresponding network policies required to lock it down ⁠— only services that depend on each other can access each other. This structured approach drastically reduces the need for developers to understand network security tooling, and opens them up to create new services more freely.

Another benefit of dependency management with respect to microservices and distributed applications is flexibility. With developers capturing the details of their immediate dependencies and associating them with their own services, the resolver itself is free to instrument the relationships in unique ways in each environment that gets them. Want to try out a different API gateway or service mesh? Want to instrument distributed tracing by capturing ingress and egress traffic from each service? With automation that can hook into the dependency resolver, operators are free to experiment with new tools and configs without any code changes to existing services or distractions for developers.

Why Doesn’t It Already Exist?

Dependency resolution would be an enormously powerful tool solution to enable developers to and contribute to cloud-native collaborative applications, but can’t we use the vast number of package managers that already exist to help with instrumentation? While it would be nice to use existing tools, resolving dependencies for networked applications isn’t the same as resolving the relationships between libraries and binaries.

The download of code artifacts that fulfill dependency requirements for libraries all happen at build-time to create one master binary/library. Microservices, however, don’t get bundled into single binaries. Instead, they need to be run as independent services and then connected to over a network. This means that the resolution strategy has additional steps, and happens at an entirely different lifecycle stage than regular libraries. Turns out, the earliest point in an application lifecycle that we can properly resolve dependencies for distributed applications is at deploy time. It is at this point that we know both the relationships between all services in the stack as well as the tooling and details of the target environment needed to properly provision and connect services.

To sum it up, it’s hard to create a large-scale resolver for network dependencies, but doing so would provide enormous benefits to engineering teams and the cloud community as a whole. If we’re to properly navigate the growing landscape of cloud-native tools, we’ll need to learn from dependency management practices of the past.